CMO & GM of the ERP Division 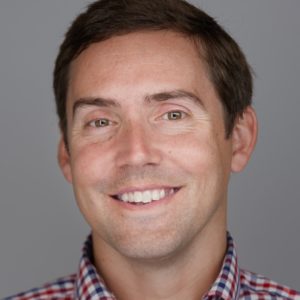 Adam never imagined that playing a hockey game as an undergrad at Clemson University would determine the course of his career, but that’s exactly what happened.

Since there was no ice rink in Myrtle Beach, SC, he grew up playing roller hockey. At Clemson, he joined the club roller hockey team during the school year and tried to fit in as many practice hours during the summer as he could, even driving the forty-five minutes to Greenville for pick-up games whenever possible. It was at one of these pick-up games that he met Andy Kurtz, founder and CEO of Kopis.

Between games, the talk turned to business, and Adam shared a story about a frustrating problem he had to solve for one of his classes.

According to Adam, “It was a class software project that seemed impossible – the university security measures would not support the requirements of the project. My classmate and I found a workaround, within school policy, of course, to make the appropriate architecture for the system to work.”

A few weeks later, Andy invited Adam to meet the Kopis team, and the rest is history. Adam began working for Kopis as a custom application developer in 2005, while still pursuing his M.S. in Computer Science. After he had been with the company for a couple of years, Kopis had the opportunity to do some work with Microsoft SharePoint, which soon grew into a full practice. Adam transitioned into management part-time to help with the growing workload, which quickly became a full-time management position as he took over the Application Group practice as well.

Recently, Adam has transitioned again, becoming the Chief Marketing Officer for Kopis. During a strategy session that the leadership team conducted to mature Kopis’ business processes, Adam, together with his co-worker Kevin Wentzel, approached Andy with an idea for reorganization. The company had significant managerial overlap in operations but a void in sales and marketing. They decided to restructure, putting one manager over all operations and one over the sales and marketing division.

In his new role, Adam is responsible for raising brand awareness for Kopis, closing new business, and honing in on deep content messaging, which is a natural fit for him, given his background. As he puts it, “I know this company inside and out, and I believe in it. I have been personally involved on projects and problems with this team, so I know what we can do and where we excel. That makes it easier for me to communicate with clients and potential clients since I can bring valuable insights and stories to the table.”

In addition to taking on additional responsibilities with Kopis, Adam maintains an active sports schedule and enjoys volleyball, cycling, and mountain climbing. He also loves spending time at home with his wife, Jen, who manages software projects for Erwin Penland.

As a software company that specializes in ERP rollouts, Kopis has learned some tips that can help you realize when you need to invest in the next level of accounting software.

Microsoft is continuously working to improve BC, but here are…

5 Signs You Need an ERP Solution

When you partner with Kopis to evaluate, replace or upgrade…

How to Drive Revenue with IoT Devices

The Internet of Things (IoT) has become a lot of…

Hybrid Cloud Solutions: How to Move to the Cloud with Grace

Hybrid cloud environments are a recent trend in software development…

Why do ERP Implementations Have a Bad Reputation?

The promise of ERP is an alluring one: software consultants…

Setting up a Customer Customers are the source of your…

How to Import Fixed Assets in Microsoft Dynamics GP

If you’re a controller, CPA, or anyone else who needs…