COO & GM of the AppDev and BI Division 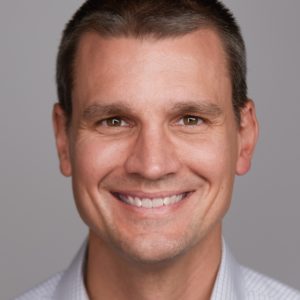 When it comes to software development, Kevin has a significant track record of both development and leadership on a myriad of software and related development projects and system solutions, from basic report writing and query optimization to predictive analytics and machine learning.

He is a Microsoft certified professional with a certification in business intelligence. In addition to business intelligence, a large portion of his career has focused on data-oriented projects that have transformed rapidly-growing companies systems and processes, especially companies who find their growth quickly outpacing their legacy systems’ capacity.

After graduating from Penn State, Kevin began his career ten years ago as a reporting developer for TetraData, a small, Greenville-based company specializing in the educational market. At TetraData, Kevin first worked in business intelligence, writing reports about student performance for school districts, taking into account various factors including demographics, individual student progress in relation to other students, and individual student progress in relation to previous years. In later stages of his time at TetraData, he built the data warehouses to load and store information from multiple reporting systems into their product and worked in research and development, building and repairing the systems themselves.

From TetraData, Kevin moved on to a tech start-up, where he worked for a year. Once again, his main job had to do with data, extracting information from multiple places into one data warehouse. However, since the company was a start-up, he wound up wearing many different hats.

“I did some web scraping, some web site development, whatever the company needed,” he explains. “Most importantly, I learned a lot about business, which prepared me for my work with Kopis. I had a boss who was remarkably transparent about business operations, about what was working and what wasn’t. I learned how to not waste time doing things that didn’t return value for the company.”

In 2011, in an opportune turn of events, Kevin began working for Kopis as a developer.

He recounts, “The start-up that I was working for began to shut down development a couple of months after we found out my wife was pregnant with our first child. We had put a lot of time and money into development and needed to push sales and marketing for the products we’d made. Fortunately, my boss knew Andy Kurtz well and set up a lunch meeting for us. At the end of the meeting, Andy asked me if I had a couple minutes to meet one of his biggest clients.We went over to their office together, I met the clients, and Andy put me to work with them immediately. I thought we were just having a casual lunch interview. He thought I was starting work.”

At Kopis, Kevin came full circle back to his first love, specializing in business intelligence. He has recently been promoted to Chief Operations Officer and is responsible for making sure that the company runs efficiently and profitably, that they exceed client expectations by delivering high-quality, high-value solutions, and that they stay true to the budget guidelines, time frames, and quality control that they set with clients. In short, he uses business intelligence to make sure that the Kopis team works well together. He has been using technology to support others in his position for years, and he believes that his experience building data systems from the ground up enriches his management style and helps him communicate with his team more effectively.

Kevin credits his work at Kopis with igniting a passion for community involvement and education. In the past few years, he has mentored three Greenville Tech Charter High School students, helping them complete senior projects in software development, database management, and business analytics.

While at Penn State, Kevin was part of a men’s volleyball team that went to the National Championships. Now, he coaches club teams at the high school level and previously served as an assistant coach at Wofford College. In 2015, his 17 and under team won the AAU National Championship in the premier division. He is an avid fan of all Pittsburgh sports, especially the Penguins and the Steelers, and gets outdoors to play golf in the enviable South Carolina sunshine as much as time and two toddlers will permit.

We visualize data for many reasons. Ultimately, we want to…

How to protect yourself (and your data) from hackers and…

How to Capitalize on the Connectivity of IoT Technology

Over the past few years, it has been a common…

How SaaS and the Cloud are Revolutionizing Businesses

Within the past decade we’ve seen cloud computing go from…

How to Leverage Machine Learning with the IoT

“Big Data” was one of the hottest terms in business technology…

Over the past decade, the proliferation of software products has…

UX Design: How to Modernize in 2019 With Minimal Disruption

The pace of technology is constantly introducing new ways for…

3 Cyber Security Trends You Need to Prepare for in 2019

How to Take Advantage of the Latest Technology Trends

Many of our clients ask how they can best keep…

Is Your Organization Ready for Self-Service Business Intelligence?

There’s been a lot written and discussed recently about the…