Improving Visibility into the Bottom Line

Cleva turned to Kopis when they needed to scale their ERP system to gain better insights into their financial data. 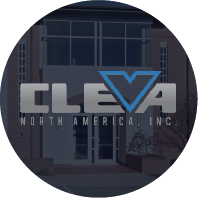 Cleva North America, Inc. offers a dependable portfolio of innovative brands including Vacmaster®, Vacmaster Professional®, Duravac™, Armor All™ and LawnMaster®. With more than 15 years’ experience in engineering and motor technology, Cleva incorporates the latest processes and highest standards for engineering, design and production. The result is high-quality products with exceptional performance and durability.

Armond Compton was met with data and process challenges three years ago when he joined a rapidly growing distribution business in Greenville, South Carolina. Cleva North America, a distributor of innovative brands, had doubled in size in a year, and Compton realized the biggest challenge affecting the bottom line was very simple. “We didn’t know what we didn’t know,” said Compton.

On one hand, they knew they needed granular data in order to be able to improve their processes. On the other hand, they were growing so fast that there was no way their staff could keep up with the level of data input needed and the GL account hierarchy framework for reporting was to summarized to provide that granularity while still fulfilling their commitments to growing customer demand.

Compounding these challenges was the fact that the decision makers could not measure if they lacked sufficient operational resources to complete their tasks, or if core business practices were being run inefficiently and taking up inordinate amounts of employee time.

Having reached an appropriate size, Cleva knew it was vital to improve visibility and automate data processing so that management could focus on analysis and the larger team could focus on action. Compton spent countless hours digging deeper into the data to find the questions that the senior leadership team needed to ask.

The three key issues that emerged to the top were:

Armond ComptonDirector of Finance & IT

”Armond has a firm vision of an extremely efficient Cleva and was willing to spend the political capital he earned to not just instigate the technical changes, but the organizational changes required to achieve his vision. By iterating, helping to make those around him better, and empowering them with the tools to perform, others now share his vision and are working towards that same goal.

Cleva’s struggle to answer pillar questions such as “What was the overhead percentage this month for a given product line” heightened frustration for the growing business. When Cleva was much smaller, these questions could be answered easily and frequently; unfortunately they had become much more complex, so the old methodology no longer served the new era of Cleva. Compton said, “it’s time for a change.” He began by revamping the chart of accounts to establish a GL framework and reporting hierarchy of how the business could more accurately measure its differing product lines.

He knew they had a solid and scalable ERP system in Dynamics GP capable of helping the company with the processes and data needed to understand the true health of the business, and it was simply a matter of iterating through and improving the most pressing inefficiencies and plugging the largest gaps.

This is when Cleva reached out to Kopis.

Compton’s advice for organizations going through an ERP implementation or optimization is to ensure that communication is consistent, continually review KPI’s with leadership so they can make the right decisions, and to find a vendor that is flexible and willing to pivot with those decisions.

“Kopis took the initial vision that I was trying to create and made it a reality,” said Compton. But truly, the success of the implementation is due to the cross communication between both partners, and the preparation that Cleva did in order to successfully integrate Kopis as their ERP partner.

Adam Drewes, GM of the ERP Division at Kopis states, “Armond has a firm vision of an extremely efficient Cleva and was willing to spend the political capital he earned to not just instigate the technical changes, but the organizational changes required to achieve his vision. By iterating, helping to make those around him better, and empowering them with the tools to perform, others now share his vision and are working towards that same goal.”

”The success of the implementation is due to the cross communication between both partners, and the preparation that Cleva did in order to successfully integrate Kopis as their ERP partner.

”Kopis took the initial vision that I was trying to create and made it a reality.

Armond ComptonDirector of Finance & IT